Air Drumming with Ari Gold of “Adventures of Power” 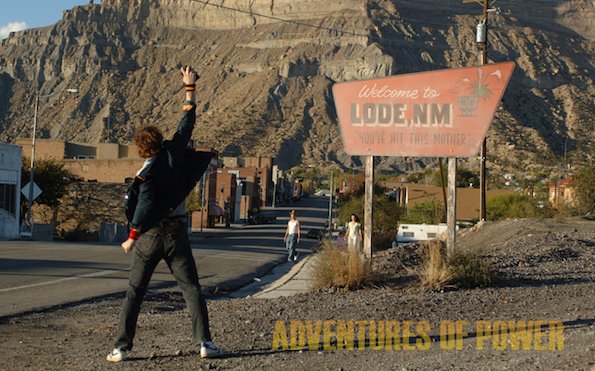 Adventures of Power is the best cult music film since 1984’s This Is Spinal Tap from Rob Reiner.

We get together with Power writer, director and star Ari Gold for a heart-to-heart about air, the death of Rock Band, what movie studios could be doing, Entourage, and who to look for at the 2011 U.S. Air Guitar Championships this weekend. Power himself is rumored to be making an appearance Friday night – so warm your chops with a home viewing and start shredding some air.

How long have you been playing air drums?

I suspect that I was twitching in the womb to my mom’s heartbeat. But the first time I played it for sure was when I heard “Tom Sawyer” by Rush. I was probably eight. Around the same time, I also got into air-drumming Kraftwerk. Two sides of the spectrum.

What elements make up a great air performance?

In the Air Drum Battle we just held, the judges (including drummers for Styx, Ween, Chicago, and more) used Speed, Accuracy, Flair, and Power as the four elements of a great performance. Accuracy is crucial, but the air-drummer’s job is to actually make up for everything that’s missing on stage – instruments, other players. So, if you watch an air performance and “feel the music”, then it’s a good performance. In Adventures of Power, a deaf girl falls in love with the air-drummer because she hears music by watching him.

Have you ever thought of starting an air band?

There’s an air-band called Airpocalypse in Seattle who invited me to play with them from time to time. And once I did a performance at the Air Guitar finals where I played guitar, bass, and drums simultaneously. But I play ukulele when I want to make music with a band.

Who is your favorite drummer?

Since I love so many, I’ll choose John Bonham because he’s no longer with us. But I’ve worked with Neil Peart, Lars Ulrich, Terry Bozzio, Claude Coleman, Todd Sucherman, and many other geniuses, and I feel lucky to have met them.

Who is your favorite air-drummer?

Power is my favorite air-drummer. That’s why I made a movie about him.

Anyone we should look out for at the US Air Guitar Championships?

Power will appear, but I hope to be surprised by a new star. I was kicked out of many air-guitar competitions for air-drumming, until the Finnish committee decided to fly me to Finland and make me a judge. So I tend to love the wild-cards. 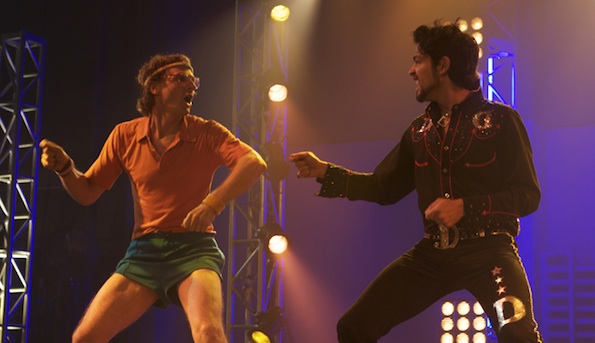 Adventures of Power features an all-star cast. Other than those who competed, who is the best air-musician?

Adrian Grenier had to become a great air-drummer for the movie. He was nervous as hell, and his overlords at Entourage were terrified that his image would be destroyed by doing something so ridiculous.

With events like the Air Guitar Championship, air-shredding is enjoying some serious time in the spotlight. What does the future hold for air-shredding?

Air-guitar has outlived the fake-musician videogames. I think as long as music makes people move, air will live. I think it’s a form of dance, for people who don’t know how to dance.

On a different note – tell us about your plans for digital distribution via social networking.

My website, AirDrummer.com, is the hub for worldwide distribution. We’re making the film available for deaf audiences, for Spanish-speaking audiences, and selling it off the site. We have more fans in Mexico than we do in the States! It’s also available as a free phone App too. We’re doing everything the studios should be doing, but we’re doing it all first.

Want to go the U.S. Air Guitar regionals at the Independent this year? Go here, and make up an air stage name that shreds.