YOU GOTTA SEE THIS: RE:GENERATION MUSIC PROJECT – A Documentary 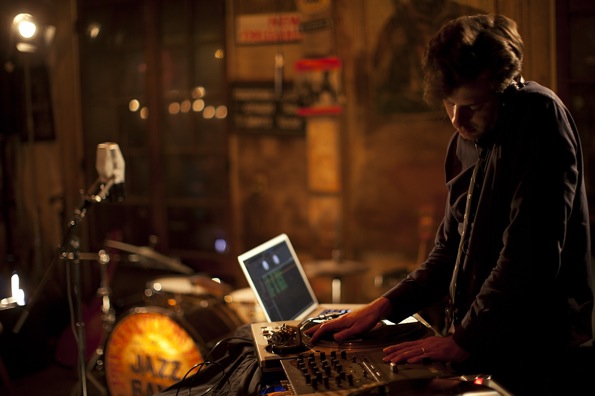 Hitting select theaters this February 16th is a new documentary by critically acclaimed director/producer, Amir Bar-Lev (Fighter, Trouble The Water, The Tillman Story), highlighting musicians from various genres as they fuse their styles with today’s hottest DJs to create new and unique sounds. Current dubstep sensation, Skrillex, blends his beats with the remaining members of classic rock ‘n rollers, The Doors, while The Crystal Method gets a verbal whip lash by ‘70s R&B diva, Martha Reeves in her hometown of Detroit, Michigan. Pretty Lights gets in cahoots with LeAnn Rimes and Dr. Ralph Stanley for an almost painful to watch afternoon of country while Mark Ronson melds his electronic genius with jazz greats Erykah Badu, Tromobone Shorty, Mos Def, Zigaboo Modeliste, and members of The Dap Kings. Finally self-proclaimed hip-hop god, DJ Premier, breaks apart and conducts the Berklee Symphony Orchestra in his own hip-hop godliness. Collaborations have always been a part of the history of music, but to watch the magic unfold on the screen is an entirely new musical experience. The end results are not only five new songs from young and old, but also a mutual respect for both the novice and the seasoned.