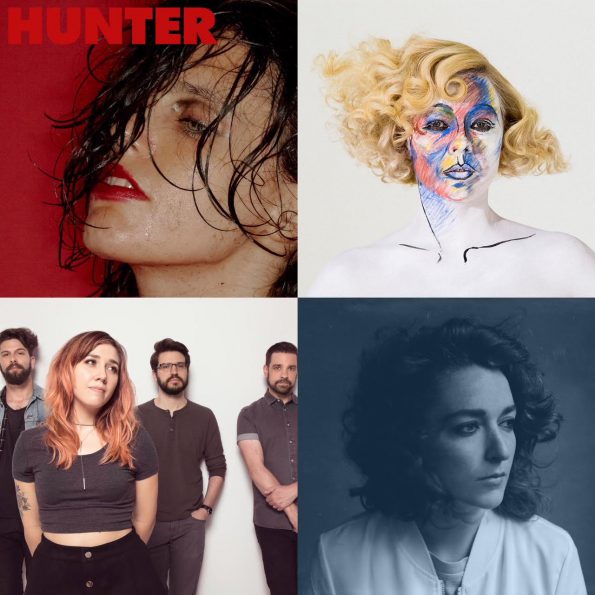 This time out for Tracks Of The Week, Anna Calvi gets us rolling with “Don’t Beat The Girl Out Of My Boy,” previewing her first LP in five years, Hunter, due out on August 31st. Freshly signed to Mom + Pop, MNDR unleashes new single “Gravity,” produced by Hudson Mohawke. Shanghai-based punk outfit Round Eye made it into, and most importantly, out of North Korea for the video shoot for “Sifter.” Catch their mayhem live in San Francisco on July 3rd at the Knockout or in Los Angeles on July 5th at The Smell. Kailynn West’s LA power pop unit Tiny Stills new LP is now officially out, and “La La” will give you a taste of what it’s about. Finishing up this week with Pronoun (AKA Alyse Vellturo), following up her debut EP, 2016’s There’s No One New Around You, with a brand new single, “Wrong.”