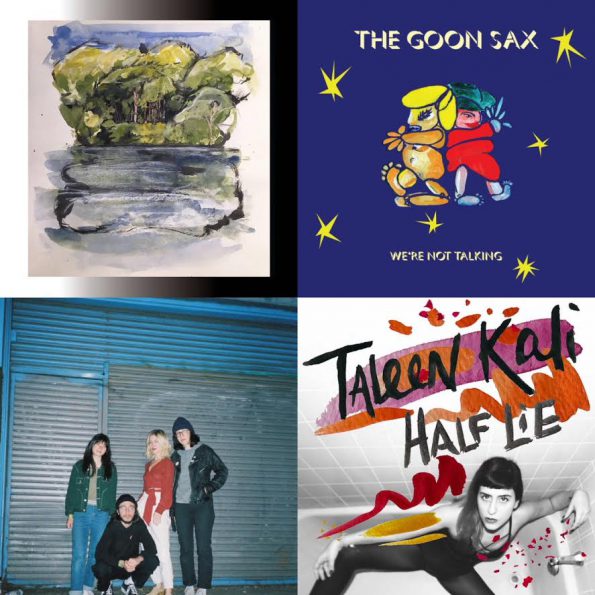 It’s hooks galore in this edition of Tracks of the Week, where “catchy” is the watchword. Freshly signed to Wichita Records, Australia’s Goon Sax get us started with “She Knows” from their September release We’re Not Talking. Keeping it close to home, new Pllush is rattling our cages. “Ortega” will get you excited for Stranger To The Pain, due in June from Father/Daughter Records. Prepping for a tour of Asia, The Bilinda Butchers new offering is the shimmering “Girlfriend,” a sneak peek of their forthcoming night and blur LP. LA’s Taleen Kali (Tülips) unveils her new single “Half Lie,” and we end on a bang with new Big Ups! New album Two Parts Together will be out in a few weeks on Exploding In Sound, until then “Fear” will keep you going…