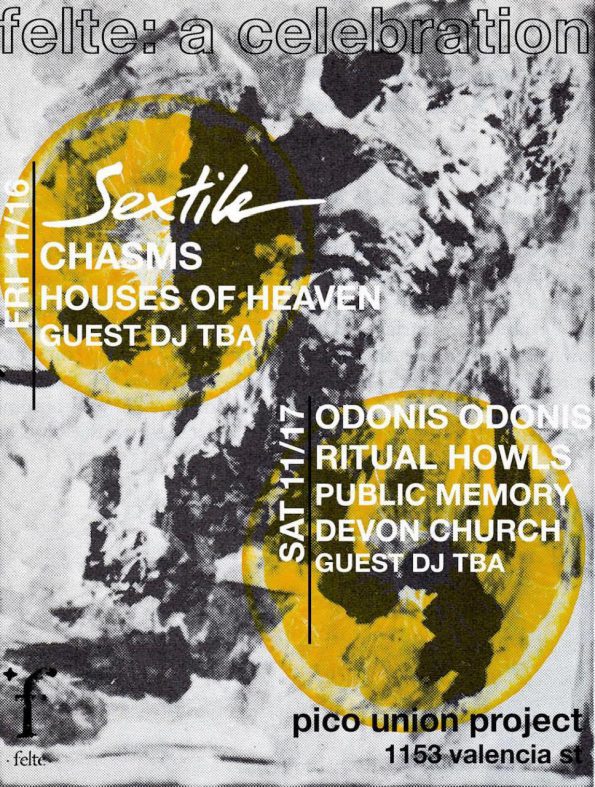 Los Angeles-based felte, the brain-child of founder Jeff Owens, will be celebrating its 5th anniversary November 16-17, 2018 at Pico Union Project just outside of downtown LA. Two nights filled with the luscious dark sounds from bands that comprise the label’s phenomenal roster. Get to know the lineup in this week’s special edition of Tracks of the Week. Two-day passes to Celebration can be purchased here.