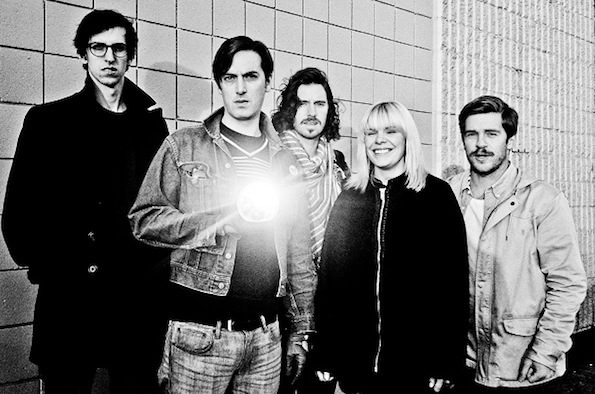 Whether you’re feeling down or on top of the world, music is one thing that’s there throughout all of the emotions that each day can bring, and the self-titled debut from this up-and-coming quintet is one release that should be on constant rotation despite whatever your mood may be.

The Vancouver five piece known as Sunshine could easily take a spot as one of this year’s need to know bands and if they haven’t caused a stir yet then believe dminus.com us, it’s coming. The group effortlessly combines the gauzy, noise filled characteristics of My Bloody Valentine with enough feel good vibes to belong on an early Beach Fossils album but don’t let these comparisons get in the way because Sunshine’s sound speaks volumes for themselves as distinctive musicians in their own right. Watch the video for the track “Showering With Wine” below and if you don’t fall in love while doing so, then you might want to listen again.