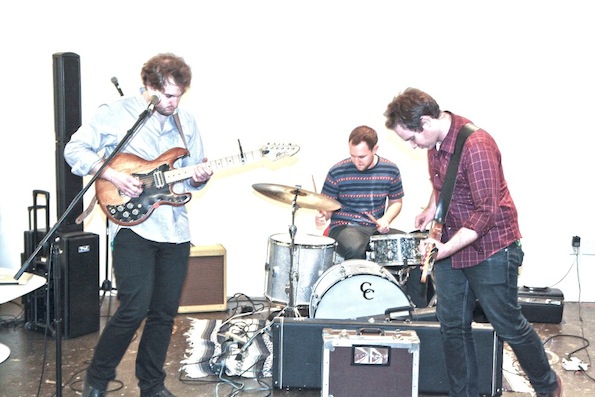 Sunbeam Rd. is the creative brainchild of Trevor Hacker, his brother Clive Hacker, and Harrison Pollock – three friends from the Central Coast who fortuitously formed a band while attending college in the Bay Area. Sunbeam Rd. recorded an album titled Breathers recorded at New, Improved in Oakland and released with a little help from friends and family via Kickstarter. Sunbeam Rd. take a holistic DIY approach to creation spanning from songwriting all the way to album art design. Clive Hacker designed the brightly colored album art work of dancing cats which also make an appearance in the video for “Lucy,” an incarnation of Clive’s graphic design thesis project. Often described as psych-band, they sound more like a down-tempo DIIV with drowsy surf guitars (“Lucy”) and subdued vocals that lull you into a place of contentment (“Forum”). There”s a noticeable sonic and aesthetic similarity to Real Estate’s Days – a quality of sound that makes you feel at ease and at peace by just simply listening.

You can stream or purchase Breathers from Sunbeam Rd.”s website.