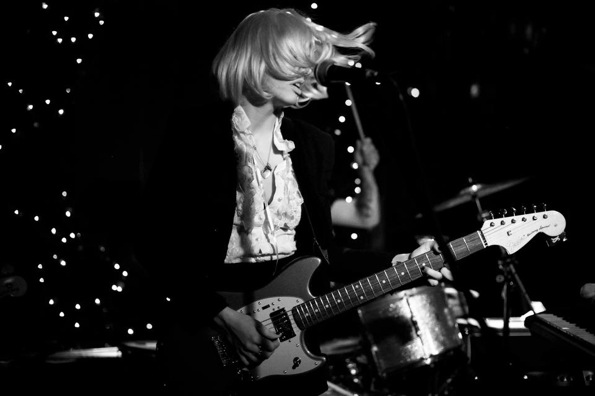 From the wilderness of coastal California to the gritty underworld of Los Angeles, you’ll find The Child. The band of four consists of Holly Marilyn, Norm Block, Lauren White, and Peter Simon. Lead singer, Marilyn, tantalizes with her seductive vocals, tough exterior, and tender heart. Also a model, she’ll melt your face off with her bleached locks and effortless style. If it seems to come natural, well it does, she’s been at this since the age of five.

The band’s self titled EP, filled with dark beats and edgy synth, was released last November and fans have since enjoyed videos for “Boomerang” and “The President.” A sound reminiscent of Metric can really be noticed in “Mutual,” where Marilyn somberly sings, “had to drown so I could learn that swimming never suited me.”

Los Angelans have a chance to catch these rockers on April 18th at Bootleg Bar. Do it as if your life depends on it.