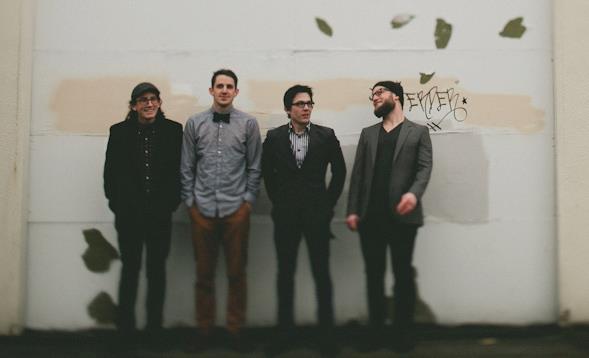 Kris Orlowski first began playing music at the age of three when he was propped up on a piano. He played the saxophone in the marching band and also started a pop rock band during high school called Stickers. Originally from Bellingham, Washington, Orlowski moved to Seattle after rediscovering his love for music while studying abroad in London. The heard-of supportiveness in Seattle wasn’t something he found at first.

“For a long time I wondered why people weren’t supportive,” he said. “Then I realized we just weren’t that good.”

Since then, Orlowski has evolved into an artist worthy of backing. His sound, a fresh take on the singer/songwriter genre, features warm vocals and sincere lyrics. The upcoming EP Pieces We Are will be his seventh release and first orchestral endeavor. Teaming up with Seattle string master Andrew Joslyn, the EP features five tracks with a full seventeen-piece orchestra. Orlowski said it has been an exciting process putting the record together.

“The songs are sounding so full, and it’s really exciting to release new songs for the first time with this orchestral flair,” Orlowski said. The band wanted the vocal sounds of the choruses to match the big instrumentation of the songs, Orlowski said.

“We wanted the choruses to still feel very genuine and we wanted to share this recording experience with our friends, so we brought in a bunch of Seattle musicians that we appreciate,” Orlowski said. “It was nice to have so many of our talented friends like Allen Stone, Mychal Cohen (Campfire OK), Daniel from Motopony, and Noah Gundersen come in to hang with us for the evening and sing.”

Although he is taking things to a new level with Pieces We Are, the motives behind Orlowski’s music remain the same.

“One of the great blessings about playing music is that people often want to share their stories with you after you have shared your songs with them and often times there’s a correlation in those stories with how your songs have moved them, changed them, made them happy, or summoned an old memory,” Orlowski said.

Their album release show at The Triple Door sold out in just 36 hours. The band has added a second show. The October 16th release of Pieces We Are should prove to be a big step for Orlowski.

“I hope the songs can make waves for people,” he said.

Check out “All My People Go” here: