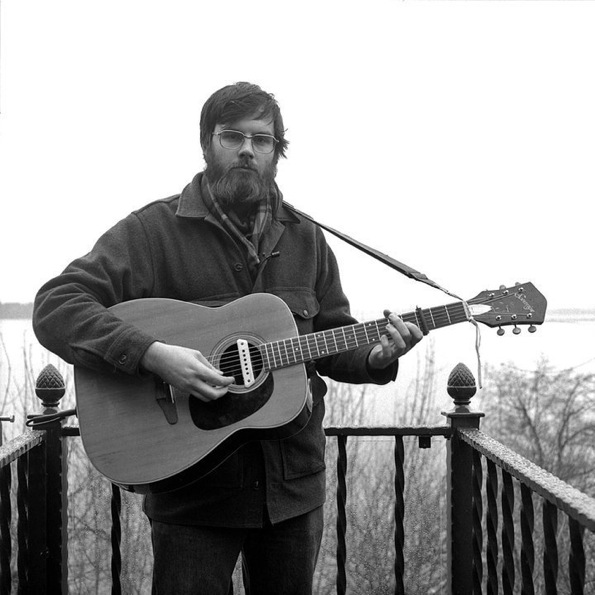 Photo by Andrew Mark Snyder
The third album from Cataldo, Prison Boxing, is about a breakup.

“It happens to the best of us,” said Eric Anderson when speaking of the inspiration behind the album.

Anderson is the man behind the band. Cataldo derives from a mission near Anderson’s hometown in Northern Idaho. The mission is the oldest standing building in Idaho, and he noted that the chandeliers are made from tin cans.

Anderson started making music at the age of 18, and put out his first and second records while in college. His latest album came out in 2011.

Prison Boxing differs from the rest of Cataldo’s discography. “The biggest difference is that it’s a full band rock record,” Anderson said. “The others are me with accompaniment; there was rarely a rhythm section.”

When Anderson relocated to Seattle, everything went “kafuie.” This kafuie inspired the simultaneously heartfelt and heartbreaking sound of the album — and it has an obvious progression about it; beginning with “Deep Cuts” and ending with “Reach Out and Touch Someone’s Hand.”

The order of the tracks was purposeful, Anderson said.

“The first song takes place after the fallout and the last is the most hopeful,” he said. “I didn’t write the tracks exactly in order but it’s not far off.”

Despite a hard start in Seattle, Anderson said that he has found tons of band members here.

“There’s no shortage of really good musicians [in Seattle],” he said. “16 different people have played Cataldo in the past two years.”

He said that he likes to cherry pick people for the right things.

“The longer I’m alive, the more people I know, and it’s fun to have collaborations,” he said.

Anderson released the album on his own label, Red Pepper Records (the name comes from the simple fact that he really enjoys crushed red peppers).

Anderson and the band recently went on a tour with Blind Pilot, in which they traveled the country in a rented Dodge Grand Caravan, an upgrade from his first tour vehicle (a Toyota Camry).

Their best performance on the tour, he said, was in Lawrence, Kansas.

“Don’t Lose that Feeling,” a song that begins with Anderson singing solo, is a tightrope walk to put in a set. In Lawrence, the band put the song first.

“It caught people’s attention in a cool way,” Anderson said. “But how well it works is how much you believe you’re the shit.”

“In that moment you’ve got to act like, how dare they not pay attention to me,” he said.

Unsurprisingly, Anderson has a great beard and a hilariously entertaining Twitter account. And surprisingly, he listed The Dream, Taylor Swift, and Drake and some of the albums he has really been enjoying lately.

Lucky for all of us, Anderson will be working on Cataldo’s latest album this summer, but it will most definitely be different than the last.

“I’ve gotten the rock thing out of my system,” he said. But don’t worry about Anderson; his next album isn’t based on heartbreak.

“It’s not another breakup album,” he said “I want to take a break from writing about relationships.”