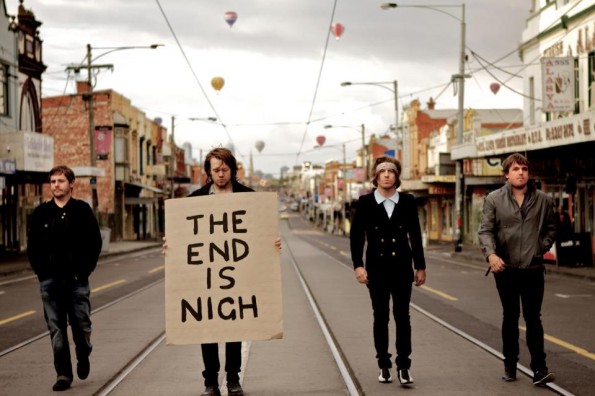 Red Aces makes music perfect for fueling a riot. Let’s raise our fists in the air and take back the night because we’re young and this is our city! Moshing music, if you will. Hailing from Melbourne, Australia, this band of brothers is dedicated to rocking our faces off. They have the soul of Foals and the spirit of Bloc Party…but darker.

“The End” is the band’s first single off its upcoming EP via The A&R Department. The introduction sounds tame enough, but your ears are soon flooded with complex lyrics and head banging beats. Red Aces aren’t loud for the sake of making noise, they’re loud because they have something to say, and we’re eager to listen.