HEAR THIS: On An On 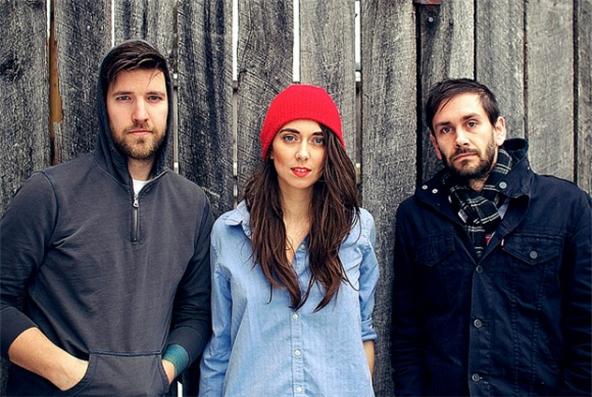 Unbeknownst to you, On An On is about to become one of your favorite bands and their debut album Give In will be an early contender on your ‘Best of 2013’ list. This Chicago/Minneapolis trio consists of Alissa Ricci, Nate Eiesland, and Ryne Estwing, all of whom are former members of Scattered Trees which evolved into On An On after the departure of bandmates Jason and Baron Harper. There’s a resigned beauty in On An On’s sound. You hear it in Eiesland’s lovely atmospheric vocals and you feel it in the honest (and at times soul searching) songwriting. But you also recognize it when you catch yourself willingly giving in to the band’s quiet sadness and their seemingly effortless sound. The band has a few one-off festival dates this summer in the Midwest before they head out to Iceland Airwaves this fall. Fans of The Antlers, Geographer, or beautiful things generally should definitely look into On An On.