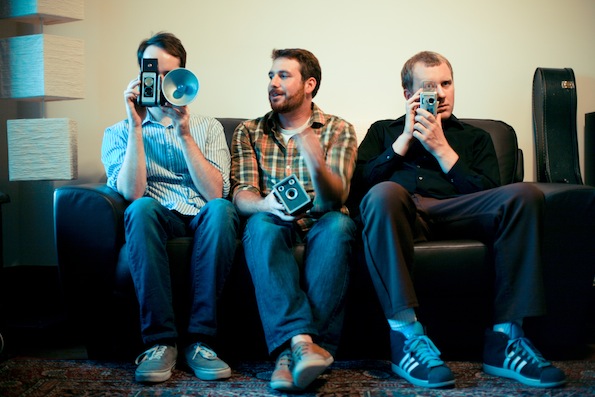 James Fenwicke is a regular musical renaissance man. Name an obscure instrument, like the marxophone or vibraphone, and he can not only play it but he can probably also tell you a little bit about the instrument’s origins. After parting ways with Will Sprott and The Mumlers in 2011, Fenwicke has been pouring his heart into his new project titled Plantain with a little help from former Mumlers drummer Andy Paul, bassist Robert Eck-Lewis, and multi-instrumentalist Brad Pejack. Plantain began working on their self-recorded debut album Fall of a Candy Empire back in December 2010 recording all of the tracks in various living rooms in the Bay Area and recently pressed the album to vinyl after a successful fundraising effort. Plantain astutely self-describes their aesthetic as “eclectic psych-folk.” All of the songs on Fall of a Candy Empire are comforting and amber-colored in texture and tone but with a quirky edginess slashing through the album’s seemingly mellow demeanor. Fenwicke is a confident storyteller, front man, and crafty multi-tasker as he plays the majority of all of the instruments you hear on the album from the musical saw to the french horn. Plantain is the perfect band to get to know as you prepare for hibernation during the coming winter months. Plantain will be playing at The Knockout in San Francisco on September 24th at 9pm.

Listen to Fall of a Candy Empire on Plantain’s bandcamp.