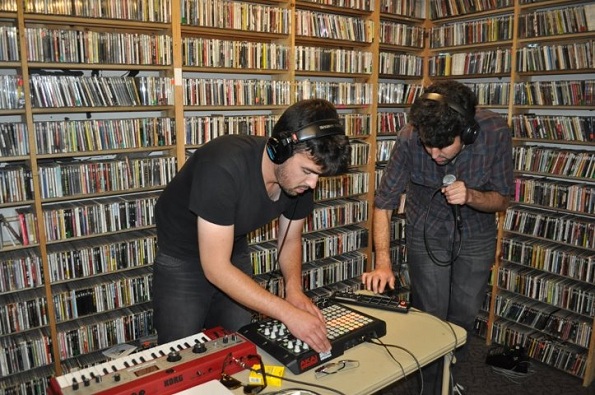 If you’re like some of us Owls, then chances are you’re a sucker for glossy synths and enticing R&B-esque vocals with a hint of soul. In that case, look no further than Denver two-piece Young Pharaohs. The band just released their debut LP White Shadows on the magical record label Chill Mega Chill and believe us when we say that it’ll be a bit difficult to take a break from this album.

The true wonder of Young Pharaohs lies in the fact that these two know damn well how to draw in their listeners by crafting songs that are both hypnotic as well as mysterious. It’s a bit funny that a band like this has more of an R&B sound than some of the artists you hear on the radio who specifically make music under the genre (and the duo actually does it better too). Hear for yourselves and listen to “Put Your Love In My Hands” below: