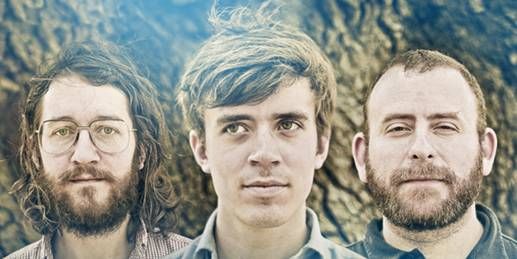 Though Yellow Ostrich may be new to the Barsuk Records family, front man Alex Schaaf is not a newcomer to the business of making solid albums. In the past two years, the former Wisconsinite has managed to build up an eight album catalog, with the latest release, the mistress, recently reissued on the Seattle-based indie label on August 16, 2011. Needless to say, Schaaf has been busy these past few years building a name for himself under the moniker Yellow Ostrich and recently expanded his flock with the addition of Michael Tapper and Jon Natchez. Yellow Ostrich is a no frills band and its aesthetic can be summed up as organic, straightforward, and honest. As the video for “Whale” subliminally suggests, there is a grounded, earthen quality in the music the trio is creating which seems to largely stem from Schaaf’s vocals working overtime on most tracks as an additional percussive instrument. There is no hiding behind noise or production, just simple arrangements and forthcoming lyrics that evoke a sense of vulnerability, like someone staring you dead in the eye during a conversation. Yellow Ostrich kicks off a two month tour on September 17th. See them with Ra Ra Riot at the El Rey in Los Angeles on November 10th and Great American Music Hall in San Francisco on November 11th.

Check out the video for “Whale”: