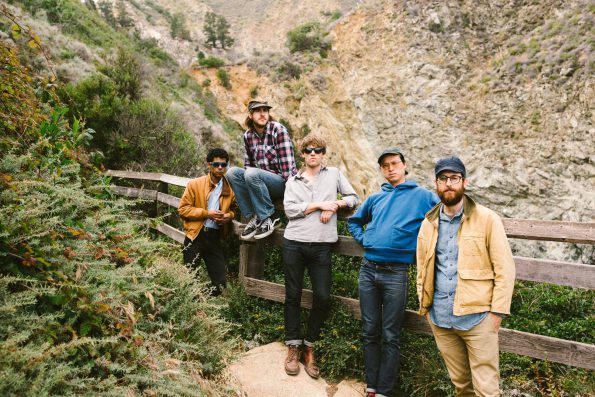 Most bands would be in coasting mode after an album like last year’s City Sun Eater In The River Of Light, but Woods is already back in business with a new album, Love Is Love. As a handy metaphorical prism to view this through, think of it as Barack Obama’s contractual obligation album: a take on Marvin Gaye’s epic Here My Dear, where he turned a divorce into something altogether more, with the POV switched from the personal to the political, a rueful survey of a divided nation. Where Marvin’s situation left him a little short in the hope department, Woods, even in these dark times, never gives up on the possibilities of Hope and Love. And, now, more than ever, that’s just what we need.

“Bleeding Blue” nails our newly adopted national zeitgeist of fighting against the impending darkness, building with triumphant horns. The Dylan hat-tip  of “Lost In A Crowd'” gives added weight to the proceedings, and the title track(s) bookend the LP. For the old school heads, “Spring Is In The Air” is the slow burn psych jam that is just what you were looking for. As reliable a live band as you’re going to find, catch them up at the Sunset Tavern in Seattle on May 26th.