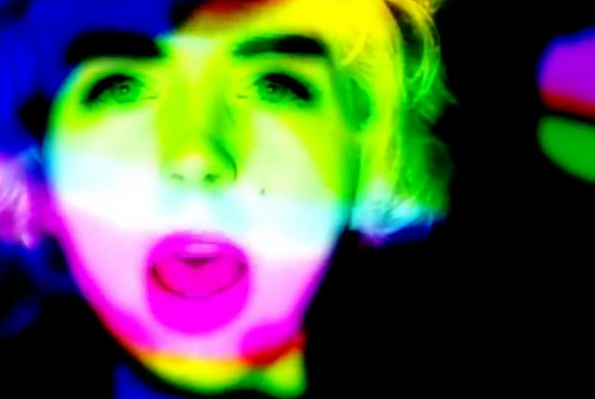 Nigel Godrich is best known for producing the closest thing this generation has to The Beatles: Radiohead. Aside from serving as Radiohead’s honorary sixth member and keyboardist/guitarist in Atoms For Peace, he has also produced albums for Beck and performed alongside Paul McCartney. Earlier this summer he announced the formation of a new band, Ultraísta, with fellow Atoms for Peace drummer Joey Waronker (also the former producer for Elliot Smith and The Smashing Pumpkins) and 24 year old London vocalist/remixer/producer Laura Bettinson (the pixie ingénue behind Dimbleby & Capper).

Together, this coterie of producers-turned-musicians—who charted music’s topography for the past quarter of a century—has stitched a patchwork style heavy on visual art, trance, and Afrobeat. Despite their scanty social media output, Ultraísta has released two singles, including “Smalltalk,” posted below. As Bettinson sings, psychedelic colors flit across her face, echoing Andy Warhol’s Marilyn prints, a correlation confirmed by Bettinson’s platinum bob, beauty mark, and dark brows.