HEAR THIS: The Death Set 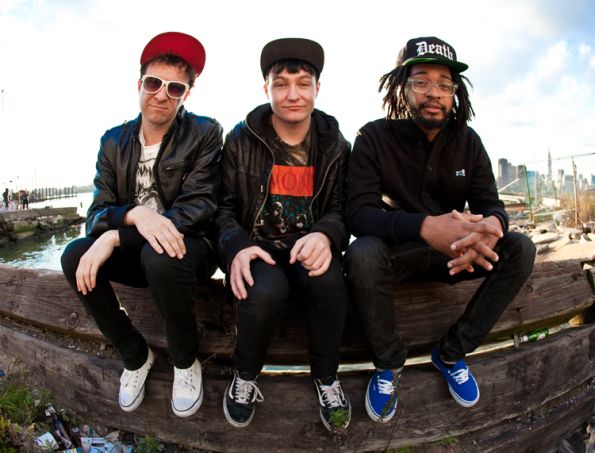 After originally meeting in The Gold Coast, Australia, in 2005, the members of The Death Set soon after moved to the east coast of the United States and finally set up base in Brooklyn, NY. Tirelessly touring the US in a van performing rowdy high-energy gigs, the band has developed a following for their experimental rock that mixes electronic production, punk guitars, and hip-hop samples. Despite the tragic death of guitarist and songwriter Beau Velasco in 2009, the remaining group of Johnny Siera, Jahphet Landis, and Dan Walker continued to record music, and The Death Set released their second LP titled Michael Poiccard in March earlier this year on Ninja Tune Records. Smashing punk and electronic influences through collaborations with Diplo and Spank Rock, the band’s latest release showcases their most dynamic and accessible music yet. Branded as art punk, The Death Set is an ideal soundtrack for wild debauchery. These French-speaking Aussies continue to improve their sound and acquire new fans with each dancing mosh pit generated at live shows.

Catch up with The Death Set in the band’s globe-trotting video for “Can You Seen Straight?”