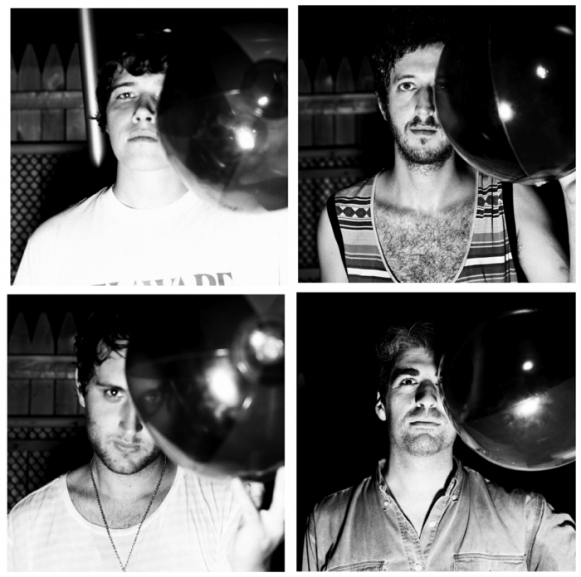 Whether you think of the term as an apt handle for an interesting body of work or rather as a gimmicky name coined to market an already-existing sound as novelty, chillwave is the perfect reference point for Small Black’s debut LP, 2010’s New Chain. Although released more than a year after the initial explosion of the genre’s popularity, the album proved to be one the strongest long-playing endeavors we received from that nostalgia-obsessed crowd, musically speaking. Its release date played in its favor, too. Such tight, focused bundles of stalwart synths and woozy vocals as “Photojournalist” read like mature recaps of chillwave’s best moments and the album’s crisp, roomy production anticipated Washed Out’s forward-looking full-length debut.

Before we get to hear the Brooklyn crew’s ideas for the next step in chill, Small Black is offering a listen to a mixtape they put together for Jagjaguwar, packed with new songs, collaborations, and remixes. Promoted by “Moon Killer,” a euphoric and luminous jam, the release shows interesting progress in terms of sound – now lush and full of subtle intricacies. Also, in their two tracks with Das Racist’s Heems, the band shows an uncanny knack for quality hip-hop beats. A future diversion? I’m definitely excited to wait and see.