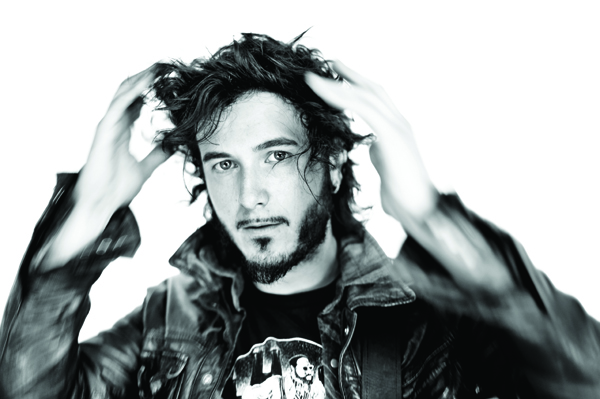 It”s the standard reaction, but Reïgnwolf, aka Jordan Cook, isn”t the standard blues rocker. On his monochromatic, bare-boned website sits a lone video, filmed in his American hometown of Seattle for KEXP, wherein Cook flash-bams an empty room with just his voice and his guitar. The product is simple, mesmerizing, and haunting–as the blues were meant to be. Robert Johnson would whimper with jealousy.

To add to his curious mystique, Cook”s music is sparsely available. It exists on only a few streaming outlets, like his Soundcloud page, where most of it is user-added. That doesn”t mean he treads gently though—just check out his completely bitchin” webshop line of t-shirts.

you”ll catch him live at a festival this summer, where Cook comes to punch metaphorical faces and break hearts with his gritty, soul-bursting blues. If not, fear not. Those resigned to the couch instead of the grass can check out his site—his take on Fleetwood Mac“s “The Chain” is reason enough.