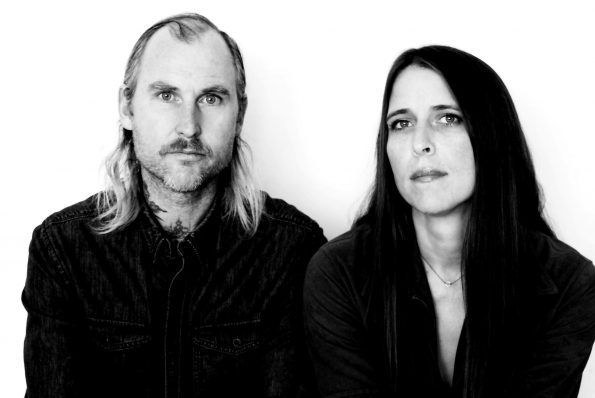 Peaking Lights‘ The Fifth State Of Consciousness is a labor of love in every sense of the phrase. The product of Indra Dunis and Aaron Coyes, the band records the double LP in their own Dreamfuzz Studio and released it on their Two Flowers label. It bursts at the seams with noisy dub goodness burbling from every corner, saying farewell to the relative cleanliness of previous record, Cosmic Logic, and reaching back to the sonic anarchy of 936. After releasing a companion dub mix of 2012’s Lucifer, they insisted that the live shows were now the dub mix. And witnesses of subsequent gigs will testify that it was no joke.

Opener “Dreaming Outside” drops you right into the action, and it carries out over 80 minutes that flash by, such is the sequencing.”Coyote Ghost Melodies” and “A Phoenix and a Fish” stand out, as well as the closing salvo of “Put Down Your Guns” and “Wild Paradise.” Fifth State is Peaking Lights’ grandest achievement to date and something to revel in and take in as a whole. Both encyclopedic and kaleidoscopic, few efforts this year will hold a candle to it. As a special heads up to any UK/Euro Owls, Peaking Lights is currently in your neck of the woods, doing live shows through mid-July, returning stateside for a special appearance in LA, July 20th at the Geffen Contemporary at MOCA with Zola Jesus.
login