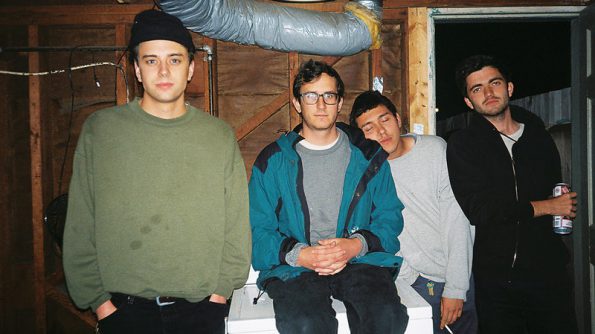 To say that Pardoner has matured might be a bit brash, so let’s just say their sound has developed into a more refined version of noise-driven grunge rock since the release of their first EP. By developing a more distinctive and “controlled” sound, the guys in Pardoner are convincing more than their loyal fans that they have something to say to the world, and that we should be listening.

Speaking of listening, Pardoner’s first full-length album Uncontrollable Salvation is set to be released by Father/Daughter Records on September 8th. The title track provides a socially appropriate and quite catchy message, while (indirectly) begging us to ask ourselves what’s really important, and it’s not that new cell phone you bought the other day. You can purchase and listen to their back catalog on Bandcamp.