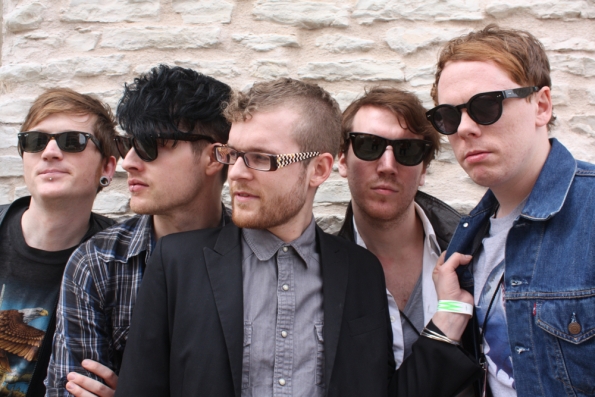 Some bands remind you of certain places even though they may not originate from that specific location. While New Cassettes hail from Northampton, England, their sound brings images of palm trees, sandy beaches, and the streets of Los Angeles to mind. This five-piece band originally formed as a mish-mash side project in 2005 while each member pulled double-duty in bands of their own. Gradually, the side project solidified into a fully-fledged endeavor and the band’s notoriety has been on a similar gradual incline ever since.

The basslines are bold and groovy, the guitars are sunny and infectious, and Tom Stubbs’ vocals are deliberate with an edgy twist. New Cassettes is an edgy pop band that you will want to unapologetically blast out of your car windows while speeding down the Pacific Coast Highway. Fans of Jimmy Eat World will definitely find New Cassettes equally appealing and blast-worthy. The guys recently released Silent Guns, a seven song EP, on November 8, 2011 which you can stream below:

Check out the video for “Silent Guns”: