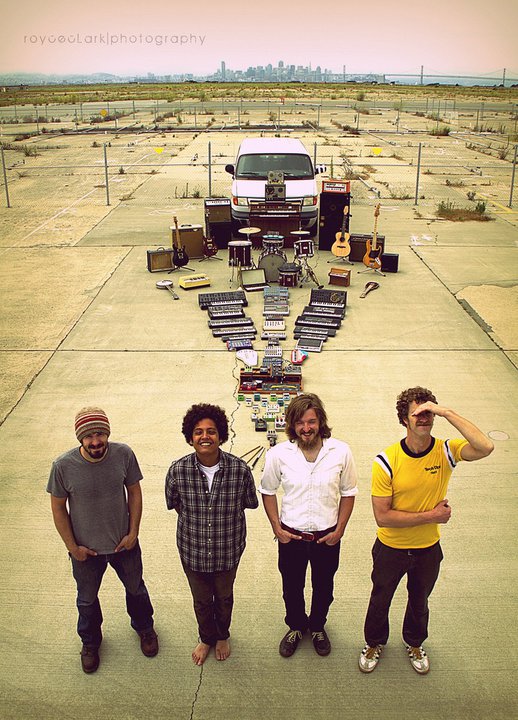 The desire for new and intriguing music are answered with Oakland band, Mwahaha. Sure, their name instills laughter just by hearing their name, but the combination of psychedelic synth rock and ethereal vocals leave nothing to joke about. Ross Peacock, along with brothers Cyrus and Nathan Tilton base the band’s core sound upon the heavy usage of synthesizers combined with drum machines, drawing subtle influence from bands like Depeche Mode and Duran Duran.

Songs like “Poinsettia” and “Sleep Deep” instill a swirling feeling of being thrown into a whirlpool in the middle of the ocean. The oscillations compliment the multi-layered vocals in such a way that compliments every musical direction that the band shows in each track.

Catch Mwahaha at the Rickshaw Stop on February 1st. Also, be sure to pick up their EP, which is due December 6, 2011.