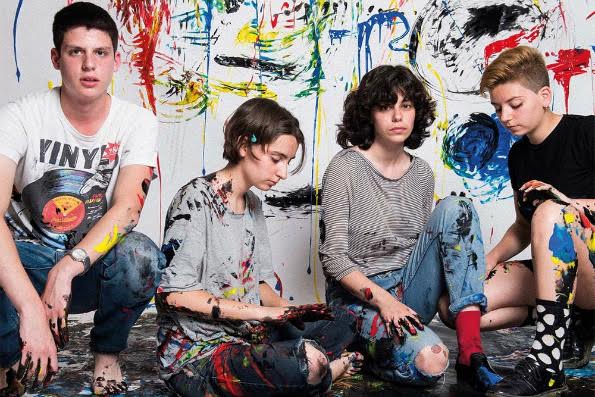 Having built up a head of steam with their self-titled debut released in their native Spain, then issued stateside a few months later by Captured Tracks, things came to a grinding halt upon the release of Mourn‘s sophomore effort Ha, Ha, He. The Catalan quartet found themselves hamstrung by their original label and prevented from touring to support what was high on our list of slept-on LP’s in 2016.

Frustrated, the band kept it together, got the situation straightened out, and are now fully back in business with a return to North America for a short string of shows this month and a new tour cassette EP of covers to commemorate the occasion. Get a peek of said EP with Mourn’s effortless blast through the Replacements’ “Color Me Impressed,” a chestnut from Hootenany.

On the West Coast, your sole live opportunity is a killer all-ages show at the Regent Theater in Los Angeles on Sunday, 9/17 with the Tijuana Panthers joined by Mourn, Slothrust, and Dude York, brought to you by Spaceland Presents. Tickets to the show can be purchased here.