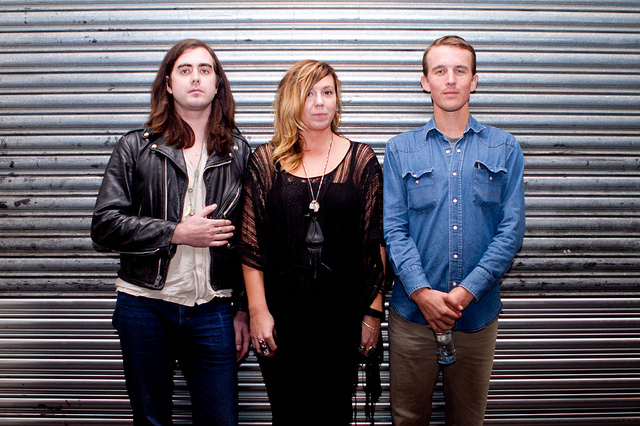 Sometimes we overlook simplicity and minimalism as banal and uninteresting, but simplicity is perhaps Austin’s Love Inks‘ greatest strength. The minimalist indie-pop trio released its third full length album titled Exi last fall, a quietly cool collection of ten tracks consisting of stripped down instrumentation – guitar, bass, and electro-generated drum beats – and Sherry LeBlanc’s soothingly beautiful vocals. Love Inks thrives on quiet, a characteristic that can make others feel uncomfortable, but their use of sound as well as silence speaks louder than any bombastic display of overt… loudness. The band will make you feel naked and vulnerable, but in an introverted sort of way, not a deer-in-headlights way.