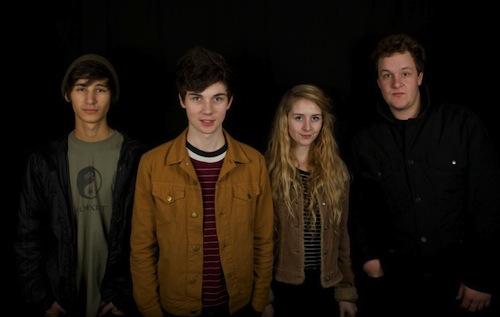 After hearing “Piedmont Girls,” you’ll be singing it for weeks. If nothing else, Local Hero knows how to write a catchy hook. Local Hero, an underage band from Berkeley, CA, is a four-piece that sounds lot like what you’d get if The Kinks and Vampire Weekend had a Bay Area baby  —  picture British invasion of the independent music industry. They also do an awesome job incorporating the organ, letting it flawlessly tie itself into the track.

“Piedmont Girls” is the band’s first single off their latest album, From Timid To Timbuktu, and with its feisty lyrics, upbeat melody, and pop-y guitar riffs, will definitely appeal to most…except maybe Piedmont girls, in which the band tells them to “go to hell.” Local Hero’s not a fan of you ladies, but we’re sure a fan of them. Check out the entire album stream below.