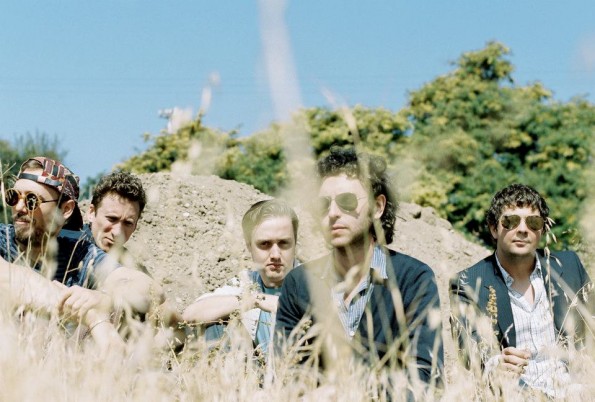 As you make ready to compile your ultimate Spring/Summer 2014 playlist, Los Angeles’ Line & Circle deserve a pause-for-a-listen in your curating frenzy. Originally from Ohio, singer Brian Cohen and keyboardist Brian Egan met in the Midwest and embarked on a relocation adventure to California together. Line & Circle is not your quintessential sunny guitars California band. If anything, there’s a hint of 90s-Brit pop embedded somewhere in the melodies of “Roman Ruins” underneath a slightly overcast morning sky. Cohen’s vocal drawl walks a fine and interesting line between nonchalant and impassioned at the same time. There is recognition of being stuck in the doldrums on “Mine Is Mine”, but also an acceptance and ownership over the current state of Cohen’s situation. Though the internet isn’t saturated with work from Line & Circle, you can be sure that what is readily available out there is meticulously crafted – sounds pretty playlist worthy to us.