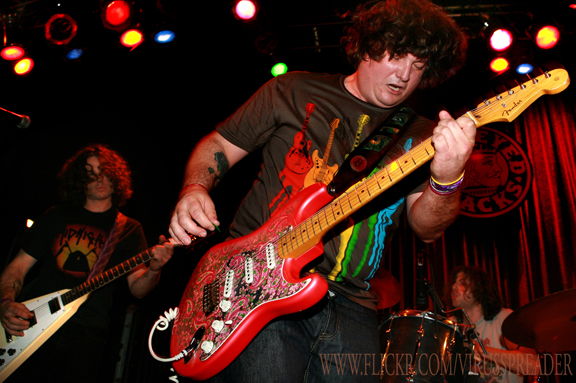 King Louie Bankston is kind of a legend. In the past 20 years, this Louisiana native has played in over 20 bands. His impressive roster of influential power pop and garage punk groups includes The Exploding Hearts and The Persuaders. He’s played alongside Jay Reatard and members of The Oblivions. “When we were young and needed someone to look up to,” says Cole Alexander of The Black Lips, “he was one of the only ones out there.” King Khan calls Louie “a natural born, rock-n-roll steam engine who can never be stopped.”

Painted White is the debut LP from his latest band, King Louie’s Missing Monuments. It’s a cleaned up version of the music Bankston’s known for. Missing Monuments sound a lot like power pop godfathers The Nerves, with a few glimpses of Hot Water Music when the gruffness in King Louie’s voice kicks in. Lyrically, there are a lot of retro pop themes that are sometimes delightfully dark and twisted.

King Louie totally rules. You can stream Painted White in its entirety on Missing Monuments’ facebook page. Fans of pop punk or power pop should definitely check him out.