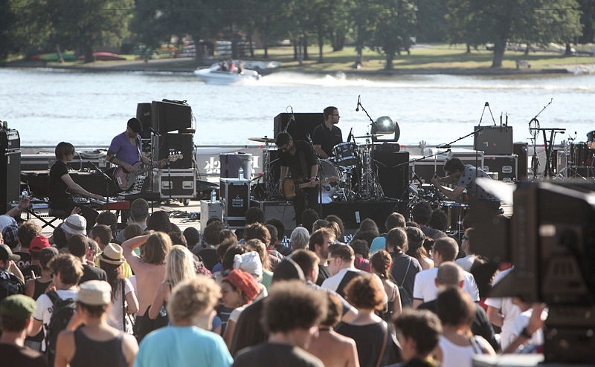 It’s a short list of World Music artists that transcend language and immediately strike your heart on first listen. Like Tinarewin, Habib Koite, or Sigur Ros, Montreal-based collective Karkwa cuts through the dreaded “subtitle” fear with a passionate sound. For most folks, the “aha” moment down here was their taking of Canada’s 2010 Polaris Prize, besting such known quantities as Broken Social Scene, Besnard Lakes, and Owen Pallett, or their well-matched opening slot for Arcade Fire at the 10th anniversary of Pop Montreal to over 100,000 people. The best place to start is their breakthrough album Les Chemins de Verre, which will whet your apatite for a live album to be released this year.