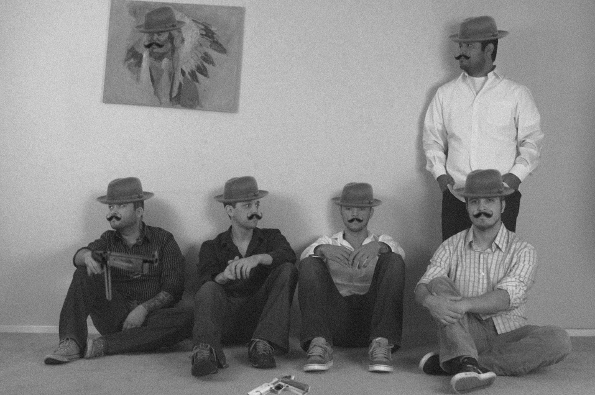 About ten years ago there was an up-and-coming pop punk band that went by the name of Audio Karate. They were a young band, trying to stand out amongst a mass amount of bands that were trying to gain the success of bands such as Blink 182 and NFG. Then in 2004 it happened in the form of their sophomore album, Lady Melody, an album that mixed more of the band’s influences and pushed what the definition of pop punk was. The band toured heavily after Lady Melody was released before calling it quits a year later. In 2009, the band announced a reunion, then nothing happened.

Fast forward to three years later, this Los Angeles band has had a slight line-up change, (lost a guitarist, added a pianist) a different direction in sound, and a new band name. Indian School is the name of this new inception and they are every bit as catchy as they are genre-defying. Their center is based in indie rock, mixed with some dramatic breakdowns; add a pinch of country twang and a singalong feel and you have Indian School. The band has slowly picked up their stride with a plan to cover more ground in the future. If you’d like to help them reach that goal you can at their Kickstarter page here.

They have been playing shows quite frequently, primarily on the west coast and gaining the attention of more listeners along the way. The band was recently signed to indie upstart label Animal Style Records. With a new label backing them, they are currently working on their first full-length album and also a planned re-release of their extraordinarily impressive EP, The Cruelest Kind, on CD and vinyl, (hip, hip, hooray!) bonus track included. Indian School have planned a record release in stores at Origam Vinyl in LA on September 25th and Rhino Records on September 29th. If you like your rock with a touch of pop melodies, check out Indian School.