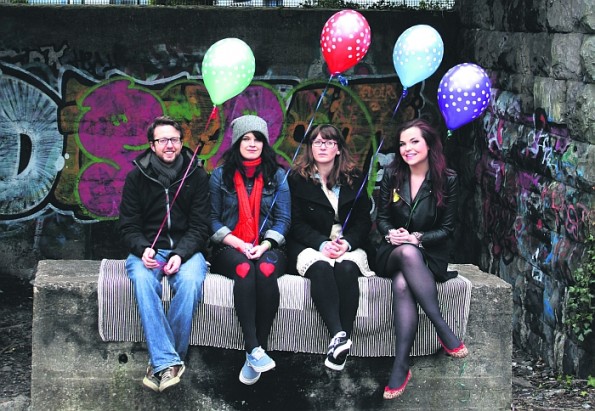 When you think of Irish music, the first thing that comes to mind is most likely not “sunny garage rock.” Galway based Dott has decided to leave the bagpipes alone and pick up the electric guitars, and boy do they make noise. The (nearly) all female quartet dropped their debut album, Swoon, in December, 2013 and have already been making waves from the UK to LA.

Their success comes largely because of their ability to meld bright and sunny pop grooves with the all the fuzz and punkiness we’ve come to love from groups like Best Coast. They’re also just ridiculously charming gals. Right now, they’re on a US tour playing the West Coast before hitting up SXSW, and eventually make their way to NYC. Check out the video below to see what you’re in for.