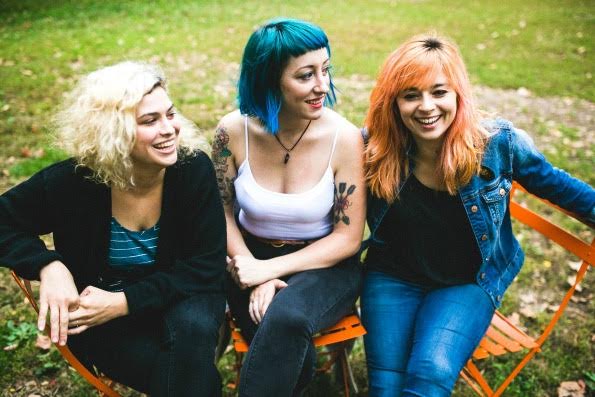 Following up their breakthrough Nervous Like Me, Philadelphia’s own Cayetana return with new LP A New Kind of Normal on their very own Plum Records. Already released singles “Certain For Miles” and “Mesa” show the band still specializes in longing, and Augusta Koch takes it to the next level with the brutally straightforward “Bus Ticket,” bringing their sound to the brink of the unhinged, both thematically and musically, in the best way possible. Battling depression is the constant theme throughout where mere survival is the hard-fought victory.

The rhythm section of Kelly Olsen and Allegra Anka is the Cayetana’s secret weapon, with the wandering bass of Anka serving as an effective and welcome inversion of the power trio concept. “Side Sleepers” and “Grumpy’s” expand the Cayetana template dynamically but does not sacrifice the unflinching lyrical eye. The closing duo of “Dust” and “World” end matters on an unsettling note, suggesting that they’re only just beginning.

Catch Cayetana on the road this summer, opening for Waxahatchee, an interesting pairing of two of the more emotionally resonant acts, during Waxahatchee’s late-July west coast swing, including dates at the Fillmore (SF) on 7/28 and the Regent Theater (LA) on 7/29.