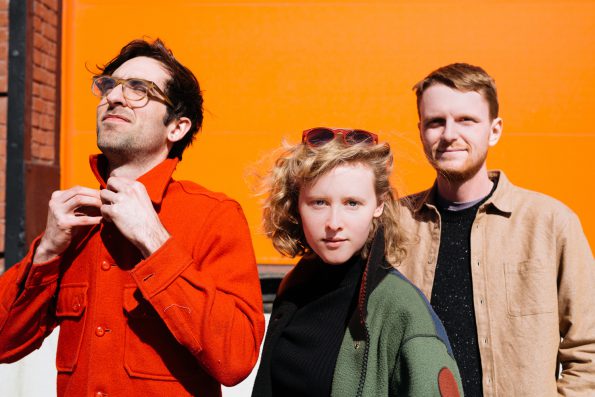 If you’re not already familiar with Minneapolis’s Bad Bad Hats (“That’s two bad’s and multiple hats for all you visual learners out there,” as singer Kerry Alexander says), you will be very soon because this trio of darlings from the land of lakes has the knack for writing and performing the catchiest of indie-pop songs. Lightning Round, the band’s sophomore LP on Afternoon Records, is a ten track collection of songs written by Alexander, along with bandmates Chris Hoge and Connor Davison, that explores all aspects of love and relationships; from being single and observing other people’s relationships from the outside to unrequited loves (“Talk With Your Hands”) to that resentful feeling of falling back in love with someone you thought you were over (“Automatic”).

Bad Bad Hats excel at putting a magnifying glass on uncomfortable feelings of self-doubt and insecurity but articulate it with such a comforting sweetness and relatability that there’s solace in knowing we’ve all felt those feelings too. Inspiration can come from many different and unexpected places. As the lead song writer, Alexander draws inspiration from Top 40’s radio hits like Tove Lo’s “Habits” and pieces together her own spin on a song about doing, or in her case not doing, drugs (“Nothing Gets Me High”). Or the perfect one-liner about “never going back” getting scribbled down after a particularly grueling hiking experience in Los Angeles hoofing it up and down a bunch of large hills. We were lucky to catch Bad Bad Hats during the California leg of their current tour and got to hear these stories and humorous happenings from the road, all told with an awkward charisma that endeared this band to every person in the room.

Bad Bad Hats are currently on the road touring in support of Lightning Round. Check out their dates here to see if they are coming to a city near you to win your heart over.