HEAR THIS: Girl One And The Grease Guns 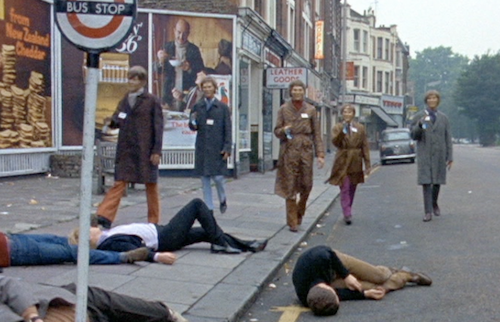 No, you’re not the only one still mourning the untimely death of Trish Keenan. While what’s left of Broadcast is busy composing horror film scores, Girl One And The Grease Guns are keeping dusky psychedelic synth-pop alive. Their identities are swathed in mystery, not to mention four amazing names: Sissy Space Echo, Warren Betamax, Charles Bronson Burner, and Bruce LeeFax. Rumor has it that the group captured Squirrel Records’ attention with a demo tape (yes, an actual cassette in the 21st century!) placed under a car windshield wiper. Girl One And The Grease Guns are just as comfortable doling out pristine slices of lounge nostalgia as they are tossing retro punk in a feedback blender. The handful of 7″s released so far has officially left us hungering for more.