FROM ACROSS THE POND: Two Wounded Birds 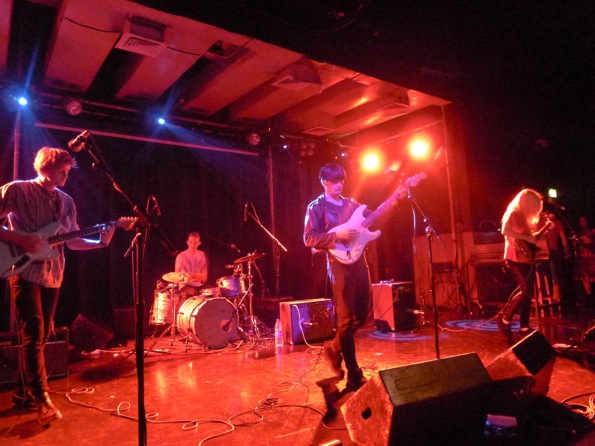 Photo by Amanda Penlington
Two Wounded Birds is a surf-pop quartet from the English seaside town of Margate. The band’s songs have the immediacy of classic pop, with a unique sound that combines the breezy melodies of The Beach Boys with the punk urgency of The Ramones. Having toured the UK with The Drums last year, the band played to packed-out crowds at a variety of UK festivals in the Summer of 2011. At one of these appearances Two Wounded Birds attracted the attention of Debbie Harry who enjoyed watching the performance from the side of the stage. An exciting young band on the up.

The Owl Mag’s Amanda Penlington caught up with Johnny Danger of Two Wounded Birds recently. We found out about his musical taste, how Two Wounded Birds knows one of New York’s coolest bands, and how his hometown inspires his writing. We also discovered that the man behind his favourite album and song is, in fact, a fan of the young British band.

The Owl Mag: What’s your earliest music-related memory?
Johnny Danger: I always heard music round the house from a young age and I remember hearing songs like “Penny Lane” and thinking “How do they do that?” I was fascinated.

The Owl Mag: You’re from the English seaside town of Margate, how do your surroundings influence your sound?
Johnny Danger: It’s a great place to be, it’s pretty inspiring. We like being by the sea because it feels like if things ever get too much, you could just head out and end up somewhere else.

The Owl Mag: I first saw you last year supporting The Drums at The Garage in London. You have a special relationship with that band; could you tell us a little about how two young groups from NY and Margate got to know each other?
Johnny Danger: Well they found us on Myspace and said that they really liked our songs, and then that led to us talking a lot and eventually touring together. Was a good experience going on a tour like that so early. I think they write great songs and they’re nice guys. 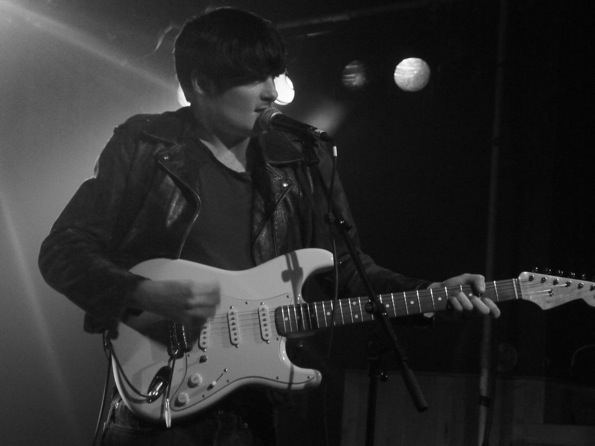 Photo by Amanda Penlington
The Owl Mag: What’s your favourite song of all time? Why?
Johnny Danger: Difficult question, I’ll pick two because I can’t decide on one. “Across the Universe” by The Beatles and “Your Summer Dream” by The Beach Boys. “Across the Universe” sounds other-worldly, like it’s floated to earth from some distant world. I think that’s because the tape was slowed down right? Spector’s touch on that was amazing. “Your Summer Dream” — you can imagine the scene as the song is playing. Because it’s something that I have never experienced. I find that whole thing really enchanting, like an alternate life where everything is rosy.

The Owl Mag: Favourite album?
Johnny Danger: Surfer Girl album, Beach Boys. It has some of the most amazing pretty songs on there.

The Owl Mag: Which band do you wish you could see live (regardless of whether they’re still around or long gone)?
Johnny Danger: The Doors, I bet they were great live. I’m still yet to see The Stones, and I’d like to have seen Elvis.

The Owl Mag: If you were to play your dream gig who else would be on the bill?
Johnny Danger: Out of people that are still around now? Headliner, Paul McCartney and Brian Wilson, Neil Young, Little Richard, Pixies, and Weezer.

The Owl Mag: Your hero Brian Wilson has been quoted as calling Two Wounded Birds “the best band since The Ramones,” which is interesting because I hear elements of both West Coast pop and New York punk in your music. How would you define your sound?
Johnny Danger: Ha, slight mix up there, Brian Wilson and his band are fans of Two Wounded Birds, but it was actually Seymour Stein of Sire Records that said we were the best band he had seen since The Ramones. Both of those bands (The Beach Boys and The Ramones) are important to us, both wrote really great songs that hit at the very core of what music is supposed to be.

The Owl Mag: When can we expect to hear the forthcoming album?
Johnny Danger: It’s going to be out early next year.

The Owl Mag: I look forward to it, thanks very much for your time.

ALL WE WANNA DO by Two Wounded Birds