FROM ACROSS THE POND: Summer Camp 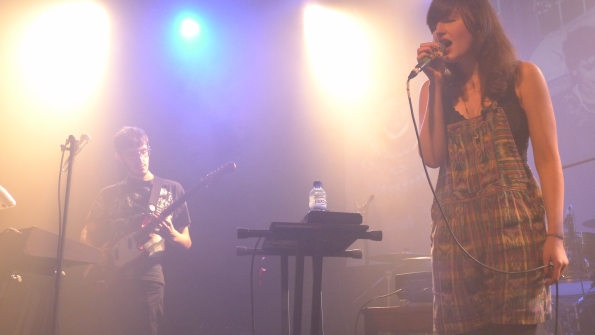 British duo Summer Camp is a whimsical band that provoked speculation two years ago when tracks surfaced online accompanied by photos of other people’s long-forgotten celebrations. Those found photographs became the scrolling backdrop to the nostalgic pop couple’s live shows. Jeremy Warmsley and Elizabeth Sankey revere the soundtracks to John Hughes’ movies and their own dreamy sound would be the perfect accompaniment to a 1980s teen romcom. The band’s debut album has been partly funded by fans via Pledge Music. Welcome to Condale is set to be released November 7th; an homage to the decade of jumpsuits and perms, its final track is fittingly entitled “1988.”