FROM ACROSS THE POND: Noah and the Whale 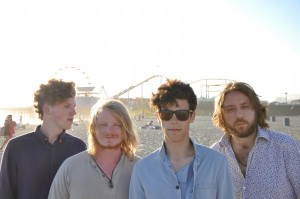 Noah and The Whale are hitting the road on their latest US tour. The band is part of London’s “Nu-folk” establishment, emerging at the same time as Laura Marling and Mumford and Sons. But whilst Noah and The Whale is best known in the UK for the folky single “Five Years Time” (with its three-chord ukulele part and whistling accompaniment), the latest album Last Night On Earth sees the band shifting towards a soft-rock, electronic-based sound. It’s worth catching these young musicians to see how the move away from their signature acoustic set-up translates in a live context.

Here’s where you can catch Noah and The Whale on tour:

You can stream the album here: http://www.noahandthewhale.com/tapedeck.php