FROM ACROSS THE POND: Los Campesinos! 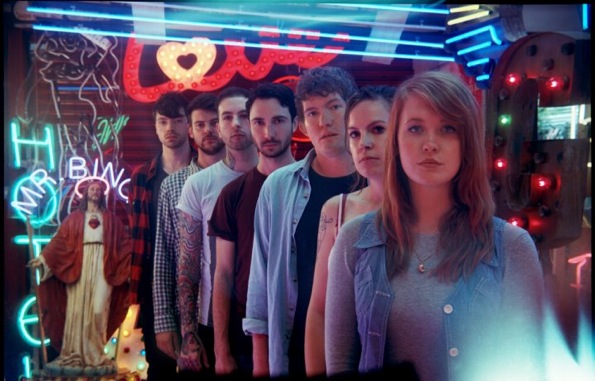 I first fell in love with Los Campesinos! in 2008 when Hold On Now, Youngster… was released and I felt as though they had every opportunity to become explosive. Two less-than-stellar albums later, Los Campesinos! did not explode. However, they remained relevant and this week they’re releasing their fourth full-length, Hello Sadness. While this album is still a far cry from their debut that I treasure so deeply, there are a few tracks that glisten with the best of Gareth Campesinos’ lyrical emotiveness.

On the opener, “By Your Hand” Gareth tells one tale of his most recent heartbreak, “Cause we were kissing for hours, with her hands in my trousers, she could not contain herself, suggest we go back to her house. But here it comes, this is the crunch, she vomits down my rental tux. I’m not sure if it’s love anymore.” While I don’t want their singer to be down in the dumps, it does something special for their music. Hello Sadness, while not explosive, definitely showcases why LC! remain relevant.

Check out the video for “Hello Sadness”: