HEAR THIS: Fourth Of July 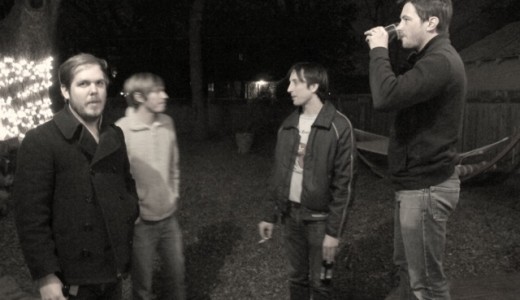 Who says the coasts have all the best bands? Hailing from Lawrence, Kansas, Fourth of July boast a muscular attack, which goes hand in hand with the lyrical musings of bandleader Brendan Hangauer.

Active since 2002, they’ve released two albums previously (2007’s On the Plains and 2010’s Before Our Hearts Explode!) and their new one finds them a name to reckon with complete with a rapidly expanding fanbase. Originally starting as a solo project for Hangauer, this incarnation of the band has evolved to a throaty, guitar-driven jolt. Their new album is entitled Empty Moon and it’s out on High Dive Records. They’ve been busy keeping their name alive with consistent shows in their hometown, but for now, their calling card to the outside world will be songs like “Drinking Binge,” which has a frenetic and tightly wound power. Wherever your corner of America is, hear this.