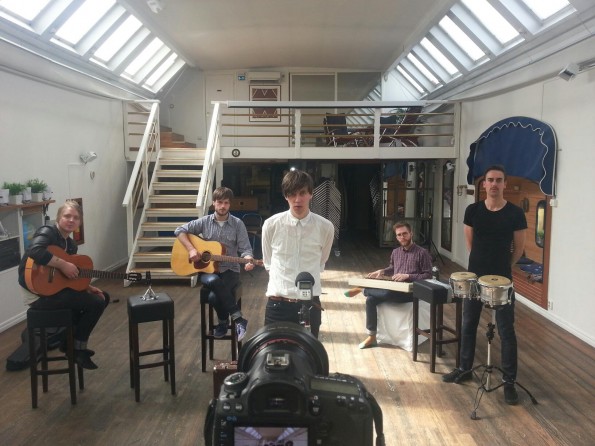 If you click on most of the links for the band Esther, you’ll need to be able to read Swedish – or use a translator. Thankfully, music needs no translation, and the music from this group of twenty-somethings is no exception. Formed while the five guys were still in the Swedish equivalent of high school about twelve years ago, Esther has polished their indie pop to the point where they’re ready for the rest of the world. “To Let Go” from their latest album, A South Province Letter, is a bouncy, fun song with guitar melodies reminiscent of the ‘60s. It just begs to be played as you take a long summer drive, so give in and go!