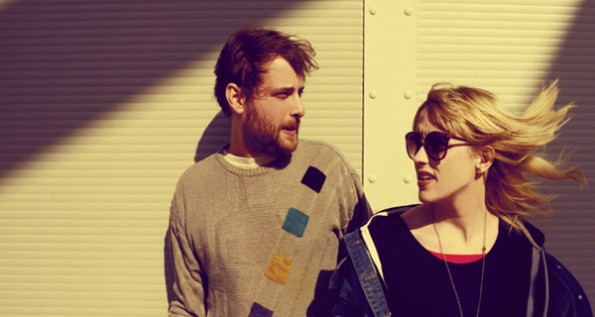 You might know her from her day job wielding an axe for Wye Oak, but Jenn Wasner apparently has a taste for the nightlife as well. Cast aside your preconceptions at the door and dive into the wonderland that is “Drive Me Crazy,” from Dungeonesse’s self-titled debut on Secretly Canadian. If the Flock Of Dimes single caused you to arch an eyebrow, this is an absolute jaw dropper. The side project with Jon Ehrens, (White Life), exposes another outlet for a hyper-talented artist. Filmed at Baltimore’s Nudashank Gallery, the Matthew Yake helmed video is merely performance juxtaposed with party scenes, but in a retina-scorching way that totally fits the dance floor abandon of the song, and remains with you.