DITTIES FROM DOWN UNDER: San Cisco 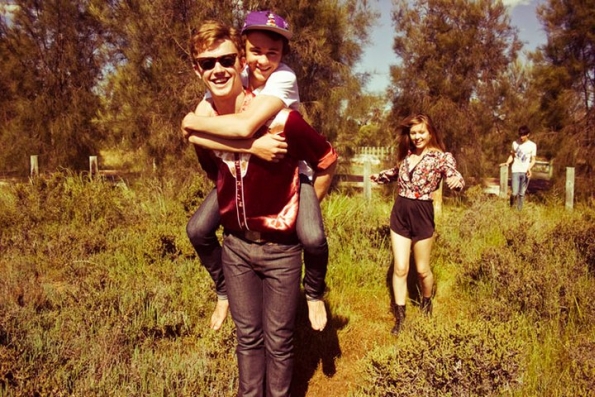 These fresh-out-of-school skater boys have just burst onto the indie pop scene like a bubble of fresh popness and fun. The kids say “San Cisco is a place situated between reality and a dream state,” and don’t we all know that state very well?

San Cisco is from Western Australia. On the weekends they love to go skateboarding, play Nintendo 64, and make a bit of indie pop on the side. Scarlett bangs the drums, Nick plays the electric bass, Jordi and Josh are the guys who play the guitars, write the songs, and sing them.

San Cisco spent their last year graduating high school, performing at some festivals, and playing around town pretty much every weekend. They have also produced their first EP Golden Revolver, which is set for release early 2011. Confident with stage presence and strong with vocals, San Cisco continues to impress with their brand of upbeat summer pop; a similar vibe to the uber popular Vampire Weekend.

Check out the video for San Cisco‘s “Golden Revolver”: