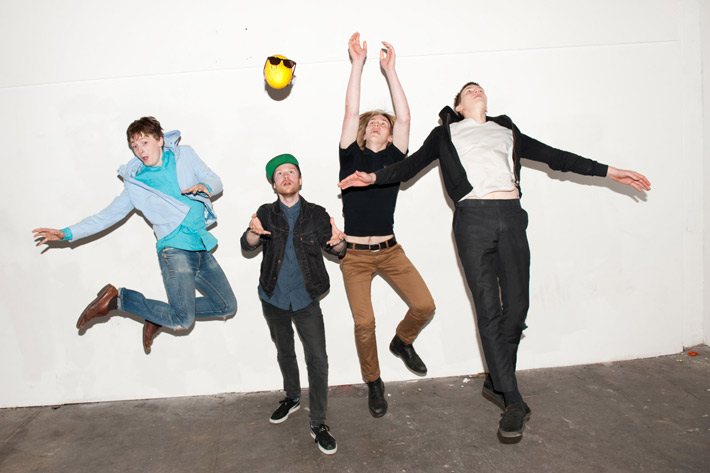 Indie-electro is all the rage these days. It’s refreshing to hear a

techno-tinged act spin the genre on its head by going straight-up experimental — this is where Clout! comes in. The unsigned, London-area quintet was born of South London’s early-2000s sonic counterculture that championed experimental music of the past. They explore the boundaries of indie-electro with their varied sound — ranging from dreamlike and spacey, to metallic and downright video gamey at times. Their 2011 debut, Clout! EP, features three original tracks, “Maxwell’s O,” “It’s Too Late,” and “The Dodo Riddim” — and five remixes from artists Clout! admires, like the freaky auto-tune “Maxwell’s O (Kwes. [o=o]. Rework)” and the floaty-robotic paradox of “It”s Too Late (Antikue”s Never Too Late Mix).”