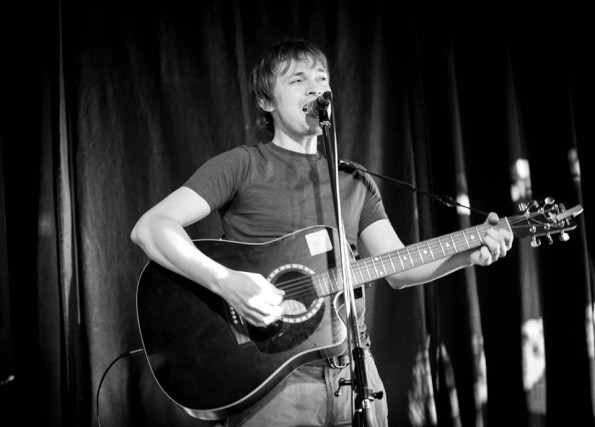 For fans of Sufjan Stevens, Bon Iver, and the “70s light-rock orchestrations of Cat Stevens, Christopher Ford makes a lyrically compelling case for renewed relations with Canada. Sunny and melodic, his four-track EP Heroes and Heathens is a master-class in hooky bounce and folk-inflected strum.

Based out of East Vancouver, he’s had the honor of performing at the Calgary Folk Festival Songwriting Competition, and for good reason: numbers like “Steady At The Wheel” highlight Ford’s smooth voice and way with a lyric. A veteran of Vancouver’s open-mic scene, Heathens was released last year after a year of writing and recording, and those four songs are memorable and strong enough to be toured behind. The music displays a creative and ambitious energy: “Palimpsest,” which Wise Televisions, desktop computers, pills and products. Ford cites as his favorite song, features a harpsichord, a banjo, a horn section and a complex finger-picking arrangement. His vocal stylings have earned him comparisons to Phoenix’s Thomas Mars and he’s poised to break out and make a name in 2014. He’s playing 12 shows through British Columbia and Alberta in the month of April, beginning at Vancouver’s Railway Club on the fourth, and ending on the 25th at the Owl Acoustic Lounge in Lethbridge, Alberta. Check him out and hope he pops his head south of the border. One can only assume the fans he has to gain.