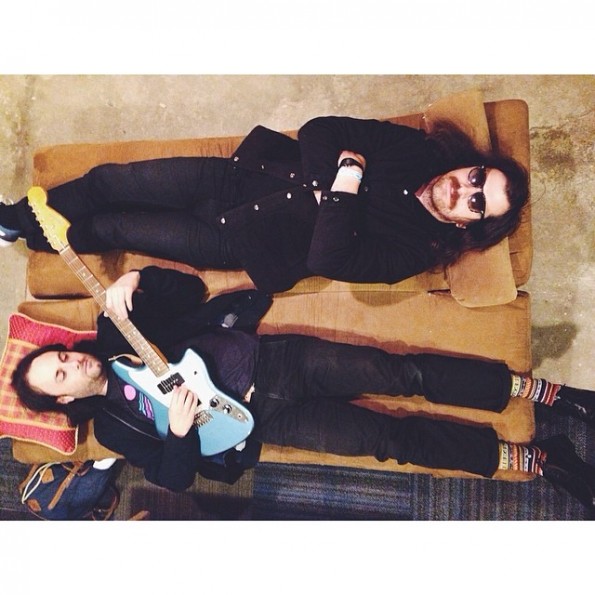 Childhood friends John Fredericks and Andy Breihan grew up together in southern California, and even after their shift to the busy streets of New York, the chilled out melody and groove of that youth shimmers through in the psychedelic tinged lazy rock of the pair band’s Sacco. The two share lead vocals and guitar in a self-titled debut album that shows an impressive amount of song writing potential and exciting versatility.

Catchy fuzzy indie rock opener “Carnival Ghost” starts things of with style, nostalgic and enthusiastic in equal measure. Song like “Driving” on the other hand, take a more melancholy serene angle. Something of the melodramtic attitude of the Growlers, but through a hazy mirror of longing, or perhaps regret. Sacco are careful not to overwhelm their songs with heavy guitar, and most tracks rely on subtle elegant bass lines rather than showy tricks.