ALBUM REVIEW: “You and Me, Ghost” by Sleeping in the Aviary 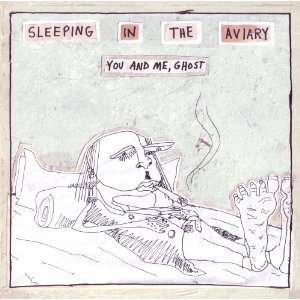 Sleeping In the Aviary
You and Me, Ghost
[Science of Sound Records]

If you’re anything like me, it can seem at times as though there is too much music floating around the internet. No, that’s not a complaint, but it is to say that with so much new music each and every week, it can be hard to hone in on what you like… and often too easy to overlook something you’ll love. Luckily Sleeping in the Aviary ignited just that little spark of something in my brain. As soon as I saw their new release on the list I knew I wanted to check it out. My musical memory brought me back to 2008 when I first heard Aviary’s “Write On,” a delightfully poppy, yet also subtly dark track, that obviously left an impression. Fast forward to 2011’s You and Me, Ghost, and you get a slight, yet obvious, departure from their previous records, but are left with the same overall sound I grew to love in my first exposure.

So what’s so different? Well, first off let’s be clear: this is still straightforward indie rock, with solid hooks and melodies to suck you in and smart lyrics to keep you coming back for more. But this time around, Sleeping in the Aviary is clearly borrowing from a 1950s or ’60s-era vibe; or as front man Eliot Kozel says in the press release, “fuzzed-out doo-wop” tracks that are “all about girls!” What does that mean to the listener? All the fun, peppy hooks of a sock hop, mixed with some delightfully indie, almost-shoegazey rock. The first single, “Talking Out of Turn” really sets the tone for the entire album, one that appropriates bits from some bygone era while still keeping itself firmly planted in today. If you’re a fan, you’ll hear something different for Sleeping in the Aviary, yet all at once completely what you’ve come to expect. As a music fan, with so many choices available, be sure to give this one a chance. It’s easily one of those records you might overlook, but one you definitely should not.

Listen to Sleeping in the Aviary‘s “Talking Out of Turn” HERE.