“With Light And With Love” by Woods 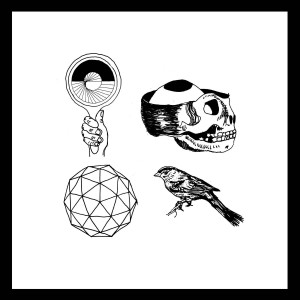 Woods
With Light And With Love
[Woodsist]

Brooklyn’s Woods are as DIY as you can get in the music world. All their releases have been put out through vocalist/guitarist Jeremy Earl’s label Woodsist, showing that they’re probably one of the hardest working bands around, having released seven full-length albums in the past decade with With Light And With Love being their latest.

Opener “Shepherd” is soaked in traditional Americana sunshine, but un-traditional for Woods’ standards. They make it work in its brevity, showing that they can settle for a straight-forward song. However, the following self-titled track suddenly flips the table. Nine-minutes in length, the quartet manages to churn out a psychedelic-prog rock jam session filled with twangy guitar solos. Even though it’s placed early on in the album, it’s enough to keep interest throughout the album.

There’s a balance maintained between pop and folk. “Moving To The Left” and “Leaves Like Grass” display bright melodies while “New Light” and “Full Moon” are grounded to the Southern country/folk sound of the 1950s that feature a sweet-sounding vintage organ and slide guitars.

Woods have shown for the past few years that they’re comfortable with their niche, but with their last two albums, they’re not afraid to explore the unfamiliar.