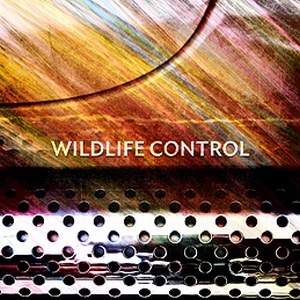 We can imagine Wildlife Control being, somewhat lazily, summed up as the perfect post-Foster The People band. The group takes quite a few of the most celebrated and noncontroversial indie tropes of the last half a dozen years, and gives them a mainstream rock treatment that both the Pitchfork-reading and the MTV-watching crowd might go crazy about.

Following the viral single “Analog or Digital” and an EP released in March, Wildlife Control is the debut full-length outing of brothers Neil and Sumul Shah. They’ve worked on the album from Brooklyn and San Francisco (where they’re respectively based), and recorded it themselves with the help of just a few close friends. In the context of the story, their music sounds remarkably polished and hit-worthy. At their most radio-friendly (that being the infectious single “Analog or Digital”), they recall a smoothed-out version of Japandroids with synthy ornamentation and a youthful, sunlit vibe. In slightly more reserved moments, such as our favorite cut, “People Change,” Wildlife Control remind us just how refreshing synth-and-guitar pop can be; it’s a song that evokes Phoenix without sounding like a blatant rip-off.

Then again, the duo’s greatest asset for some might register as a total dealbreaker for others. Regardless of how well the album will do, Wildlife Control is crossover music, make no mistake. While their sound and instrumentation only subtly nod at the mainstream, the songwriting style, sweeping, clear-cut, and classically rhythmic, has more in common with Kelly Clarkson than The Postal Service. Inherently, this is not a bad thing, and certainly won’t hurt in reaching their goal of “making bigger things and reaching larger audiences.”