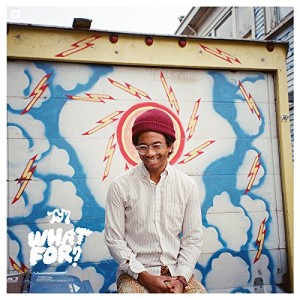 Like many of his peers and predecessors, Chazwick Bundick, better known as Toro y Moi, has referenced a slew of influences that tap into a number of different genres and backgrounds. Ranging from J Dilla to Animal Collective, from Sonic Youth to Daft Punk, Bundick is never short on new places to search for inspiration when writing his newest album. In What For?, his fifth and newest work, he taps into his range in a more cohesive way than he’s ever managed in the past.

Very few artists are able to find a classic vibe in a newer-aged, electronic sound while still keeping from sounding cheesy. Some of the early tracks on the album, “Buffalo” and “The Flight,” sound like they could have featured a risen Dilla dabbling in something he’d never tried before. When you hit “Lilly” and “Spell It Out,” they give the listener inclination to put on Daft Punk’s Random Excess Memories. And then, maybe, some Tame Impala. More than anything, the urge to keep listening to What For? should persist.